Supporting a love of books & reading

Raising money for charity through a selection of hand crafted Christmas stockings and gifts sold by Much Ado Books.

Where does the money go?

Since 2007 we have given money to a wide range of beneficiaries including local schools, overseas orphanages, care homes, community centres, charities supporting immigrants, local libraries and children’s charities. You can read more about them below. We are passionate about finding ways to help more people discover the pleasures of books and reading.

Stocking sales and donations in our countertop change box helped us raise £2,400.

A sum of £1,200 went to the orphanage and school supported by UK Friends of Healing Focus, a facility in Busiiro, used to buy much-needed books for the school and library.

We were thrilled to fund to a programme supporting local libraries as well as local children, filling shelves with books chosen by kids, for kids!

Every student in the year was asked to think about what other children their age would enjoy reading. They each recommended a book that the library service put on display in Newhaven and Seaford. All students who participated got to take home a book of their own. 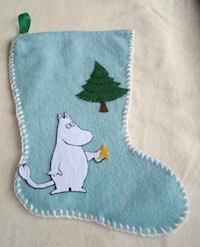 Prospero's Project raised more than £3,100 which we dedicated to UK Friends of Healing Focus, supporting the orphanage and school in Busiiro village, Uganda.

With the funds raised by our stockings, the school has built new shelving and filled it with schoolbooks. 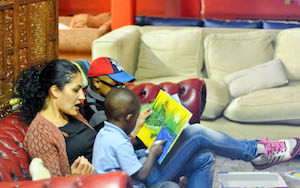 We supported a Kids’ Company project named ‘Flourish’, which aimed to help children develop skills and self-reliance. A central part of this included encouraging children to discover books. Volunteers read aloud to children, who could then keep books that enchanted them. 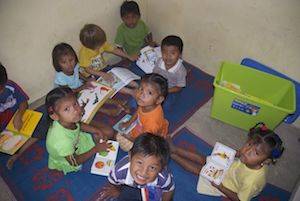 In the run up to Christmas, our stocking sales raised £1,500 which provided much-needed books for the Monso Chi Preschool in Bahia Honda, a remote area in Cocas Del Toro, Panama. 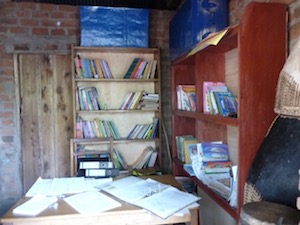 Earlier in the year we focused on fundraising for The Hillcrest Centre Cafe in Newhaven. We raised more than £1,000, and used it to purchase books for the Centre’s library.

In the first half of the year we dedicated fundraising to Listening Books, a charity that produces audio books, and to West Rise School in Eastbourne, which received books for their library. Between sales of our handmade buttons and cash donations we raised a total of £1426.87 for Listening Books and £920.88 for West Rise School. 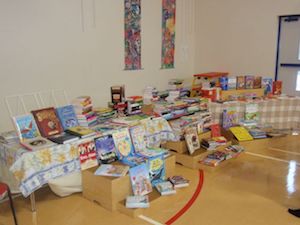 We delivered books worth more than £1,800 to Alfriston Village School. Funds came largely from sales of our stockings, including a special commission from Deans Place Hotel in Alfriston which ordered 55 for guests!

We handed over the treasure-trove of books at a ceremony on 10 February 2012, with special guests, author Ronda Armitage (The Lighthouse Keeper's series) and MP Norman Baker.

Prospero’s Project sent £945 to Ministry of Stories, a writing and mentoring project in East London.

We raised £1,500 for English for Action, supporting a reading course. Students were given a wide range of books in English, reflecting their new home and culture. Books included Monica Ali’s Brick Lane; Tales of the Unexpected by Roald Dahl; Macbeth and Notes from a Small Island by Bill Bryson. 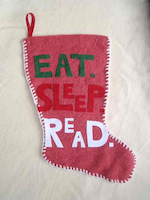 In January we sent book tokens totalling £300 to children at Sanctuary Supported Housing in Hastings. The children were taken on a field-trip to a local bookshop to purchase their books. 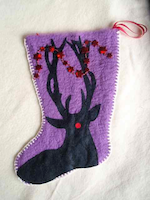 In 2008, we split funds between three causes, giving £115 each to Alfriston Village School; Alfriston Village Pre-School; and Budongo School in Uganda. The school was within the area supported by the Budongo Forest Project, a university-led project focusing on the local population of chimpanzees and their interaction with indigenous peoples.

We sent £140 to the Old Roar Children’s Home in Hastings.

How you can help 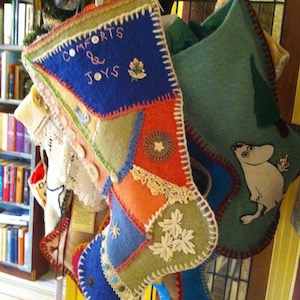 Can You Help our Wooly Problem?

People often ask how they might be able to help Propsero's Project, and we very much appreciate it!

Besides buying stockings - and spreading the word about our them! – maybe you could help solve our wooly problem - finding enough old blankets!

We always need old, battered wool blankets that are too ragged to serve any more. We can 'felt' them (simply washing them in very hot water, to bind the wool a bit more closely) and then fashion them into the stockings we sell. We like both solid colours and patterns; the main thing is that they are 100% wool. 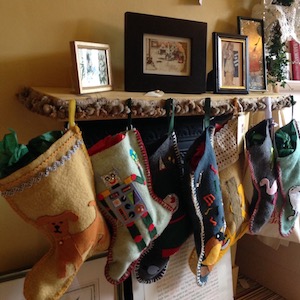 Do you enjoy crafting?

If you have a crafty side, you could participate in one of our stocking workshops, which also raise money. One of them is currently scheduled, but if it is popular we'll set up more. Participants get to decorate their own stockings, using felt and other materials we provide - view our schedule of upcoming events, which includes workshops

We're already looking ahead to 2018. If you work to develop a love of reading (we define the remit pretty broadly) that might like to be considered for our fund-raising, get in touch.